The pandemic has significantly slowed business travel, which has battered the hospitality industry, especially hotels.

And with business travel not expected to return to pre-pandemic levels until 2025, many hotels continue to experience near record-low or below-average occupancy rates, forcing some to close.

But developers who see opportunity where others see despair are snatching up shuttered hotels and converting them into apartments.

Although the practice began a few years ago, it blossomed during the pandemic.

Numerous conversion projects are proposed or underway in Connecticut, including hotels in Hartford, Farmington, Manchester and Meriden. In addition, a Stamford developer recently converted a Stratford hotel into luxury apartments complete with a dog park.

Although the converted Connecticut apartments will rent at market rate, the practice in other states addresses housing needs by creating affordable living spaces in areas where rents are high.

The Axela-Shelbourne partners paid $22 million for the Morgan Street property and are investing another $8 million in the 18-story building. The previous owner renovated the top eight floors into 96 units, over 80% of which are rented. One-bedroom units rent from $1,375 to $1,450.

Yitz Rabinowitz, vice president at Axela, said they are focusing on the building’s amenities and common areas so they can showcase them to prospective tenants before renovating apartments on the remaining floors. There is a gym and pool. They’re also creating a common work space area and working on getting a restaurant/bar for the facility.

“The biggest challenge is that the size of a hotel room can be 275 to 400 square feet and you can’t just have all studio apartments. You need a healthy mix of units,” Rabinowitz said.

He said most hotel conversions involve buildings from the 1960s to 1980s, which require code compliance updates.

But older buildings also have their advantages, he said.

“Older hotels like this have very good bones,” Rabinowitz said. “A lot of multifamily and commercial buildings built in the 1970s are built very well.”

Homewood Suites, the former Hotel Bond on Asylum Street in Hartford, is also being converted into apartments.

Michael Freimuth, executive director of the Capital Region Development Authority, said the pandemic’s impact on the hospitality industry and the demand for housing are fueling the conversions.

“There is a national ‘re-think’ as to how to proceed with many of these properties and the conversion to housing is high on the chart,” Freimuth said. “In part, this is because the multifamily market is the strongest sector of the real estate industry now. But also, under-performing hotels can be relatively economical to convert to alternative uses like residential that may even allow a switch back at some future date.” 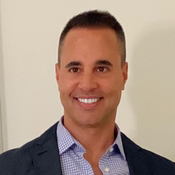 Challenges a developer faces in a hotel conversion include deciding whether the structure allows for it, determining if it makes financial sense, and clearing any legal hurdles, including land-use regulations.

Empire Residential of Stamford converted an old hotel in Stratford into luxury apartments complete with a fitness center, indoor pool and outdoor dog lounge. The units rent at market rate, from $1,400 to around $2,000.

Anthony Kolich, principal and co-founder of Empire Residential, said some aspects of a hotel conversion are expensive but that, generally, the buildings make great apartments.

“The biggest challenge is the separation of utilities. You must do that so tenants can be responsible for their own electric bills,” Kolich said. “But having the amenities of a hotel is a huge plus for an apartment complex.”

The Stratford complex, dubbed Empire 225, is located at 225 Lordship Blvd., close to Interstate 95.

Kolich and his partner Jamie Heffernan purchased the property for around $4 million, part of a $14 million investment in converting 149 hotel rooms into 69 apartments.

“There are a lot of advantages to acquiring a hotel in the suburbs,” Kolich said. “Typically, the hotels are on large parcels that can be subdivided and used for other purposes.”

He said leasing slowed during the pandemic but is going so well they’re considering adding a second apartment building to the property. They already built a 120,000-square-foot self-storage facility behind the apartments.

Like most developers, Schlesinger will make use of hotel amenities as plans call for renovating the hotel’s pools, fitness center, courtyard and event spaces. He’ll also add a new coffee shop and restaurant that will be open to the public.

Schlesinger declined to discuss the status of his project, which has already received town zoning approval and met no opposition from town residents.

In Meriden, a developer proposed earlier this year to convert the former Baymont by Wyndham hotel at 275 Research Parkway into apartments. It has 110,000 square feet and was built in 1985.

The developer, Adam Haston of New Haven, said earlier this year a majority of the 150 guest rooms would be converted into smaller 300-square-foot apartments with a few larger one-bedroom units.

Community spaces would include a coworking office, library, indoor pool, gymnasium, basketball courts and game room. It will also have a coffee shop and restaurant-microbrewery open to the public. The apartments would rent from $950 to $1,100 a month.

A limited liability company Haston controls purchased the former hotel in August for $5.6 million but it was unclear when he would submit development plans. Neither Haston nor Meriden planning officials responded to requests for comment.

In Manchester, Paredim Partners of Elmsford, N.Y., recently received permission to convert the Hawthorn Suites by Wyndham hotel at 191 Spencer St., into apartments. That project may be easier for the developer than a typical hotel conversion because it consists of efficiency units in six separate buildings. David Parisier of Paredim said his firm received approval for up to 110 units. He declined to say how much the company is investing.

While the projects in Connecticut seek to convert hotels into luxury apartments, elsewhere the conversions are being considered to address homelessness.

In Williston, Vermont, a housing group plans to turn a hotel into 72 affordable housing units. In Dallas, the Gateway Hotel Dallas is being converted into 180 efficiency units for the homeless, and New York City mayoral candidate Eric Adams has called for converting failing city hotels into housing for the homeless.

There are two types of hotel-to-apartment conversions, according to Elan Gordon of SHIR Capital of Austin, Texas, which has done several of them.

Converting an extended-stay hotel, like the one in Manchester, is cheaper, he said.

“Those look and feel like a multifamily development when you walk in,” Gordon said. “It’s more of a renovation than a construction project.”

But regular hotel rooms without a kitchen require complete overhauls, he said.

The conversions allow people who otherwise could not afford an apartment to get one, Gordon said.

“It happens to be market driven and solves a few issues at once: empty hotel rooms and shortage of apartments,” he said. “A new apartment building might take two to three years. Our conversion takes one year from the time we purchase to the time we deliver.”

Read the Article on Hartford Business Journal
Prev All News Next